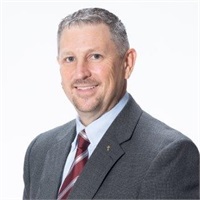 Bryan grew up in Liberty County and has lived here all his life. He attended Texas A&M University and earned his B.S. in Agriculture Economics in 1992.  He spent 26 years working with First Liberty National Bank as an Investment Representative before joining Fundamental Wealth Advisors in June 2021. He loves his community and enjoys spending time with his clients and assisting them with their financial goals.

He holds a Series 7 and 63 securities license, Life and Health Insurance License and Series 65 securities license, which qualifies him to function as an Investment Adviser Representative in the state of Texas.  Bryan has many years of practical business experience which gives him a unique perspective to serve and advise his clients and their families’ needs.

As an active member of the Liberty Dayton Area Chamber of Commerce, Bryan has served as the Chairman of the Board twice. He is also a member of the Liberty Lions Club and is past president of the club.  For many years he has volunteered with the Trinity Valley Exposition, serving as Treasurer and Assistant General Manager, Scholarship Chairman, the TVE 100 Club committee, and the TVE auction committee.

Bryan has also served as Muster Chairman and is a past chairman of the Liberty County A&M club. He served several years on the Liberty County YMCA Board. He was the Co-Coordinator for the Gulf Coast Regional Blood Center hosting blood drives for his Church, CTC (Church that Cares) in Tarkington.  Additionally, he has volunteered each spring in Liberty and Dayton to raise funds for the American Cancer Society’s “Relay for Life.” Bryan continues to serve as a mentor to the Tarkington FFA chapter and assists their Ag teachers when he can.  He has been quoted as saying “If you eat, your involved with Agriculture and should know something about it.”

Dedicated to serving his Tarkington community, Bryan loves coaching and managing his children’s baseball and softball teams. He believes in showing children the value of working hard while treating each child with respect and encourages them in life as well as sports.  He has had the opportunity to coach and manage several All-Star teams and counts it as some of the best times of his life.

For over 25 years, Bryan has been married to Sherri, and they have three children.  Their oldest daughter is currently attending Sam Houston State University, and their son is attending Texas A&M University. Their youngest daughter is still at home, making her dad coach her softball team and raise her FFA projects.